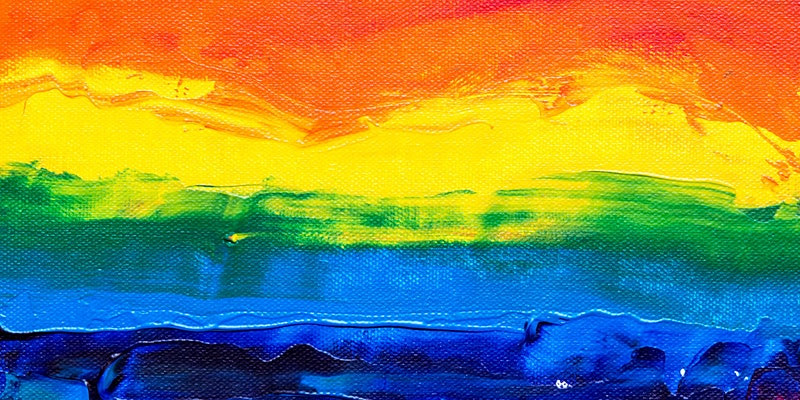 This message had been added to the activities list on the board in the monastery at Plum Village, where Ruth and I were on retreat for the first time. We were intrigued, but what did it mean? Was it ‘rainbow’ as in LGBTQIA+ community or something else? And where were they meeting? So we headed off to the Dharma talk in the hall in anticipation of more information about the picnic. Notices were read out, but there was no mention of any picnics, let alone rainbows.

Disappointed but undaunted, we frantically searched around for something that looked like a Rainbow Picnic. Eventually, before giving up completely, we asked one of the long-term retreatants who told us that the picnic had been postponed but that there would be an LGBTQ Dharma Sharing space later in the day.

At the designated 3.30pm a few of us gathered in the space allocated: a sort of library which was also a way through to other rooms (okay, essentially a corridor with books). Other groups were outside in the sunshine, in spacious yet private rooms, but this space wasn’t ideal. I felt vulnerable because of the almost constant flow of people. The sharing was consequently inhibited and felt unsafe, and although we were able to express our discomfort we left feeling unimportant, marginalised.

The next Sharing was totally different. It took place in a yurt in the grounds of the retreat centre, and this space felt comfortable, private and welcoming. We felt valued and this time the sharing was deep and raw but felt very safe. We had discovered a whole new layer, a depth and dimension to Plum Village that we didn’t know was there.

As our time there went on we had many conversations: with a parent whose child was transitioning and the joy and sadness that she was experiencing, ‘losing’ a daughter but gaining a son; with a speech therapist who worked with those transitioning as their voices changed; with people with experiences and stories both similar and different from our own.

We were home, we had arrived.

We were no longer searching as much for our queer space. There were already people working hard in this tradition to make our community visible and welcome. The Dharma Sharing, in particular, had planted a seed, made us realise that we were  often ‘holding something back’ in the wider sangha. We all need mirroring, to see ourselves reflected in others. Seeing a shared identity under that wide LGBTQIA+ umbrella was pretty powerful.

Returning to the UK, we wondered if there was already a Rainbow Sangha here and in our search we re-connected with a friend who, having spent more time in Plum Village, had significant experience about sangha building and evolution of the Plum Village Rainbow Group. We began to talk seriously about setting up our own which felt energising and exciting.

Unsure whether we would be ‘allowed’ to set a group up as none of us were Order Members or Aspirants, we contacted Plum Village UK and they gave us the green light. They had trusted our energy and volition and we felt we could move forward, supported and endorsed by them.

When the pandemic restrictions began to move sanghas online we took the leap and set up Plum Village Rainbow Sangha UK. At our first meeting at the end of March 2020 a small group of 4 of us waited nervously, sure that no-one else would come, but when 3 more practitioners arrived we knew we had our sangha. And since that day we have grown and grown.

Deep within, though, we had some doubts: why, as Buddhists, did we need a separate space? Couldn’t we practise alongside our non-LGBTQ friends? Did we really need to bring gender politics into our practice?  Were we perhaps simply too attached to the concept of ‘self’?

A talk by Dene Donalds, (PV Dharma Teacher), shortly after the brutal murder of George Floyd and the emerging Black Lives Matter protests, gave us some validity. He spoke of how People of Colour, and those from other marginalised communities such as LGBTQIA+, carried wounds and that sometimes, without realising, the wider community touched those wounds. He spoke of how we sometimes need protecting and that we need safe spaces where people will recognise those wounds and know how it feels if they are touched. Dene also spoke of Unity and Diversity being One, how we could exist within that larger group and as a separate one, that rather than being divisive these separate spaces contributed to the collective energy of oneness.

In less than a year our Rainbow Sangha UK moved from being ‘under the radar’ to being shared in the Plum Village magazine to being supported by senior monastics such as Br. Phap Hai and Br. Treasure, to being welcomed by the Order of Interbeing UK and communicated throughout all local sanghas. We were not just ‘accepted’ by the tradition we practised in, we were welcomed as an important part of that evolving tradition.

We now have members in the US and Australia, launched a Be Calm Be Happy course specifically for the queer community, set up social media platforms, and begun a study group focused on the 14 Mindfulness Trainings. Now we are connecting with other groups and networks which help us to develop and grow, culminating in our collaboration with Buddhists Across Traditions.

As we grow we are constantly co-creating a safe space for our community and in doing so we have all been able to deepen our practice and connect more fully with the wider Plum Village community and beyond.

Our group reflects the full range of the LGBTQIA+ umbrella. The consistent message we get is a feeling of ‘coming home’ and inclusivity, that members can bring all of themselves to Sangha wherever they are on their spiritual journey.  We found our ‘Rainbow Picnic’.

Rainbow Sangha UK is excited to be a part of ‘Joyfully Together’, which provides opportunities to connect with others and to learn from their experiences, and to find ways of finding resilience and nourishment when faced with challenges in our practice. 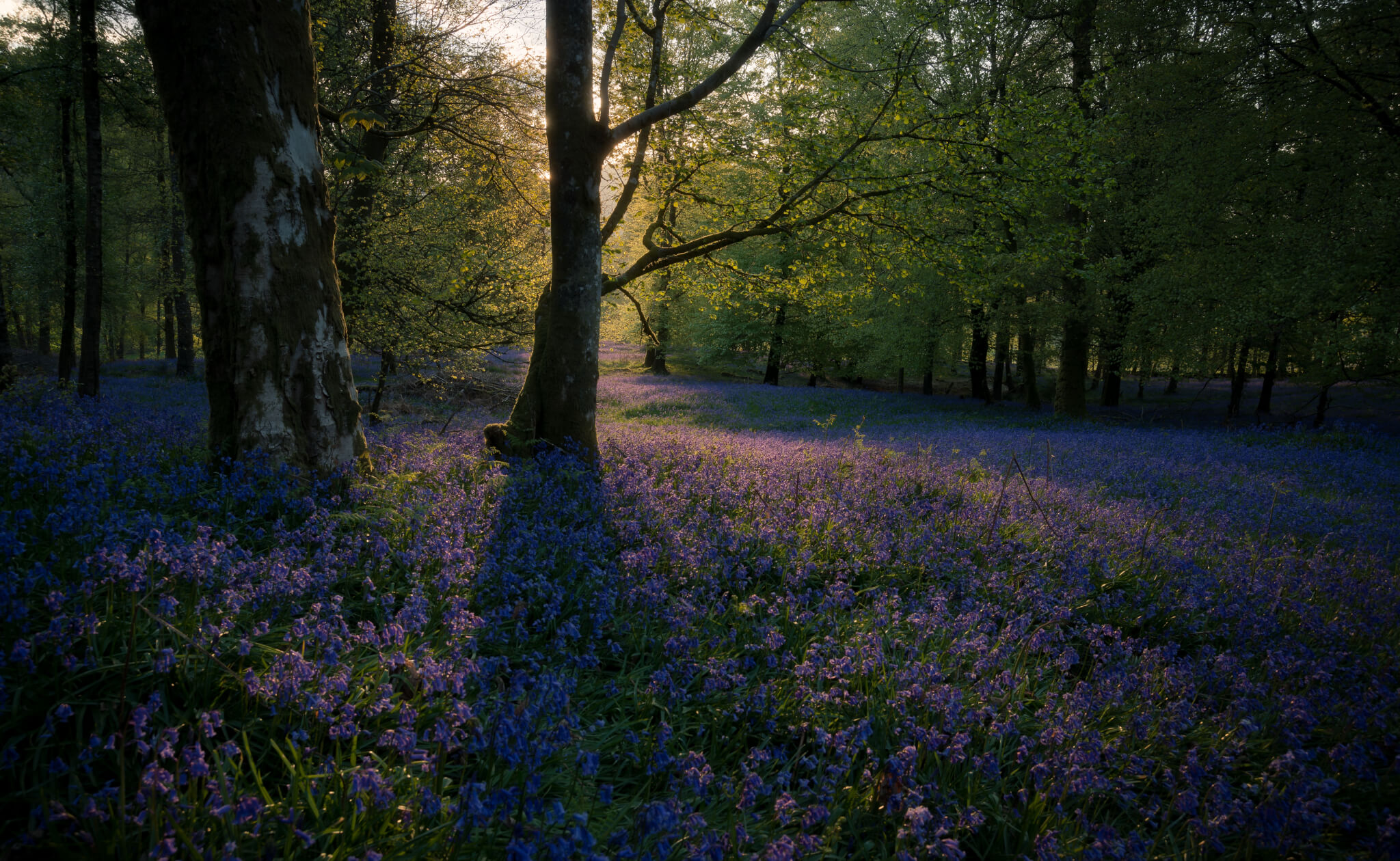 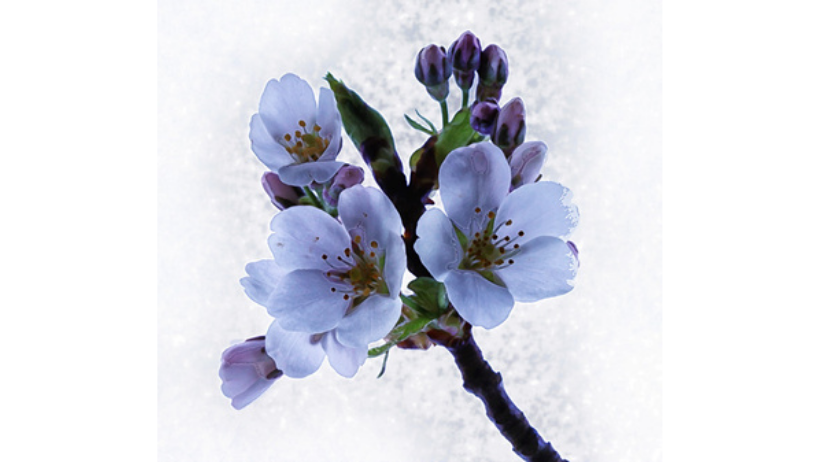 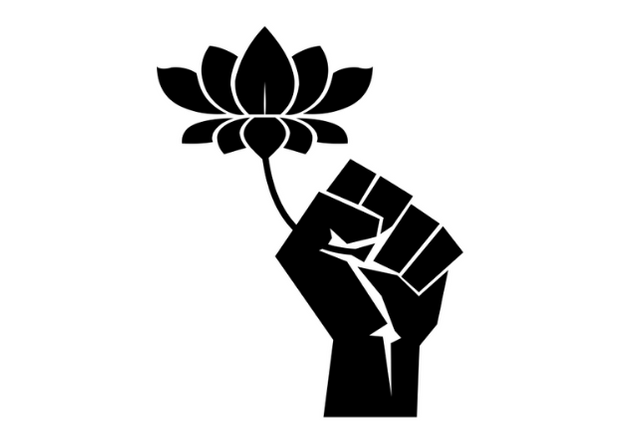 Towards Racial Healing and Justice: Buddhists across Traditions