Sunday Sangha Special: We Were Made For These Times

Join Kaira Jewel Lingo and the UK Sangha in celebration of her new book We Were Made for These Times: 10 Lessons in Moving through Change, Loss and Disruption

‘We Were Made for These Times: 10 Lessons in Moving through Change, Loss and Disruption’

Join Kaira Jewel and the UK Sangha in celebration of her new book We Were Made for These Times: 10 Lessons in Moving through Change, Loss and Disruption

Kaira Jewel will share some of the ways in which she has learned to move through change, loss, and disruption. She will offer a guided meditation, read excerpts of her book and engage in conversation with the community. There will also be time for questions and responses.

She is deeply grateful to the Sanghas of the UK and Ireland for their support and friendship in her transition from monastic to lay life, which she explores in the book. 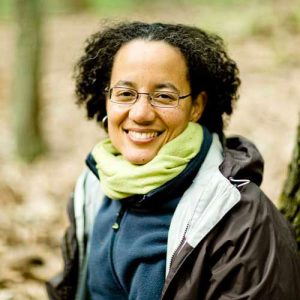 Kaira Jewel Lingo (she/her/hers) is a Dharma teacher who has a lifelong interest in blending spirituality and meditation with social justice. Having grown up in an ecumenical Christian community where families practised a new kind of monasticism and worked with the poor, at the age of twenty-five she entered a Buddhist monastery in the Plum Village tradition and spent fifteen years living as a nun under the guidance of Zen Master Thich Nhat Hanh. She received Lamp Transmission from Thich Nhat Hanh and became a Zen teacher in 2007, and is also a teacher in the Vipassana Insight lineage through Spirit Rock Meditation Center. Today she sees her work as a continuation of the Engaged Buddhism developed by Thich Nhat Hanh as well as the work of her parents, inspired by their stories and her dad’s work with Martin Luther King Jr. on desegregating the South. In addition to writing We Were Made for These Times: Ten Lessons in Moving through Change, Loss and Disruption, she is also the editor of Thich Nhat Hanh’s Planting Seeds: Practicing Mindfulness with Children. Now based in New York, she teaches and leads retreats internationally, provides spiritual mentoring, and interweaves art, play, nature, racial and earth justice, and embodied mindfulness practice in her teaching. She especially feels called to share the Dharma with Black, Indigenous, and People of Color, as well as activists, educators, youth, artists, and families. Visit kairajewel.com to learn more.

You will need a Zoom account to register. Once registered, you will receive a link to attend this event, which can also be used to access our weekly Sunday Sangha meetings.