Reflecting through song, in recognition of Black History Month and people who have – and continue to – suffer on account of their racial or cultural heritage, with singer Melissa James

In recognition of Black History Month and people who have – and continue to – suffer on account of their racial or cultural heritage – singer Melissa James (Colours of Compassion/Heart of London sangha) is extending an invitation to those who wish to join her in reflecting through song.

These special 30-minute sessions will take place via Zoom each Monday evening and will be an opportunity to listen to the musical offering that Melissa brings to the space while also engaging in singing a reflective song, guided by her.

A chance to sit and be in connection and community with each other through the power of song. 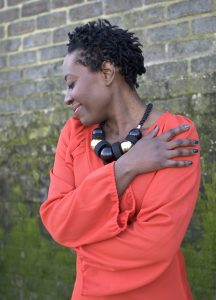 Melissa James is a Singer, Artist Performer and the creator of a Big Sing and mental health initiative called SING4SANE which was spearheaded into form in 2016 by her song “Live Again”.

Melissa sees music as her pathway into the hearts of others and strongly believes in the power of the voice and music as a way to build community, connection and healing.

Joining Melissa as a special guest, sharing their reflections each week is:
Dean Francis – Monday 17 October 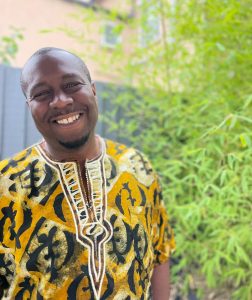 Dean Francis is a Co-Founder of the Urban Mindfulness Foundation, Trustee and co-lead of EDI at BAMBA, and EDI Consultant at Sussex Mindfulness Centre. He is passionate about innovation, collaboration and the cultural relatability of mindfulness. He is a trained Environmental Scientist, Mindfulness-Based EDI Consultant, Facilitator, Practitioner and Mindfulness Supervisor to mindfulness teachers interested in the field of EDI and Prosocial Change.

Dean is a co-creator of the award-winning Mindfulness Based Inclusion Training course (MBIT) that was runner up in the Innovations in Mindfulness Awards. Dean also has an MSc in Mindfulness Studies, attaining a distinction and recommendation to publish his dissertation that focused on deconstructing racism and social inequality collectively and in non-adversarial ways. He has taught in grassroots communities, schools, colleges, universities, and health care sectors over many years.

Dean enjoys his downtime in nature with his wife, two daughters and pet friend Yardley! 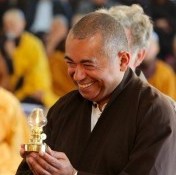 Dene was ordained by Zen Master Thich Nhat Hanh in 2007 into the Order of Interbeing and as a lay Dharma teacher in 2016.

Dene has been practicing and studying the Dharma since the mid nineties. He visited Plum Village for the first time in 2001. Deeply moved by the practice and teachings of Thich Nhat Hanh, he chose to receive The Three Jewels and Five Mindfulness Trainings of the Plum Village community.

Dene offers Thays teachings and Buddhist Chaplaincy within Prisons and helps manage a social enterprise facilitating advocacy and co-production with people with learning disabilities and autism. He practices with The Heart of Transformation and Colours of Compassion Sanghas. 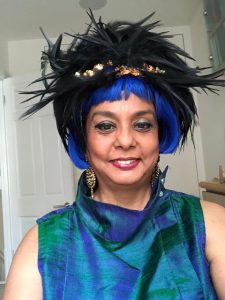 Rehena Harilall (Dr) celebrates African and Indian heritages. She was born and grew up in South Africa (SA) during the apartheid era in Kwazulu-Natal, the land of the Amazulu people. Since childhood she has been engaged in racial and social justice action. Post  the democratic elections in SA she was engaged in many reconstruction and development projects. She has been practising in the Plum Village tradition since 1998 and in 2016 she received the 14 Mindfulness trainings into the Order of Interbeing, with the name “True Deep Source” In 2019 she co-founded “Buddhists across Traditions “ (BaT) the only UK based Buddhist BIPoC/BAME/Global Majority centred collective joining buddhist and spiritual traditions in service of racial healing, social equity and justice. She is currently engaged in various revitalisation and re-pairing projects in Kwazulu-Natal focusing on the renewal of rural spaces most impacted by the legacy of apartheid and climate change.

We hope you can join us!

Join these sessions via this link: https://bit.ly/beingtogetheronline